skip to main | skip to sidebar

I can't resist an estate sale...

...especially when it's in a really old house. I love looking at old houses where the owners haven't changed the wallpaper since the 40's. The house where I bought this amazing vintage pitcher had metallic wallpaper in the bathrooms, and grand Liberty-esque florals in the bedrooms. 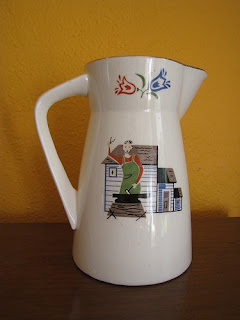 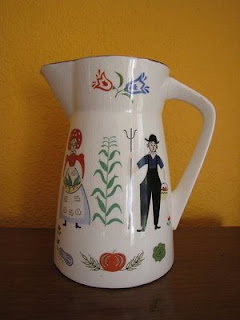 what i learned in atlanta this weekend

Whew. I said it. And what a weekend I've had. We got back last night from the Georgia Organics annual conference. It was in Atlanta this year, at Agnes Scott College, and it was terrific. Michael Pollan was the keynote speaker, and he did a great job of inspiring us all, under a big white tent on the lawn, that sounded a lot like a busy bee hive when you were standing outside. It was practically a religious revival over there. He shared some incredible statistics with us. For instance, out of the $189 billion net profits from food sales each year in the U.S., farmers get only $69 billion of that money, while the companies that make the packing materials (the cellophane and the styrofoam, etc) net $79 billion. What??
One of the more hope-inspiring things he told us was that he met with the CDC in Atlanta on Friday and was, frankly, shocked to see how much they actually "get it". They've found that 70% of Americans will die of diseases that are preventable with good diet, and they know that something needs to be done. I think one of the first policies they're working on revising is the school lunch program-- the one that currently serves chicken nuggets as the protein, tater tots as the starch, and ketchup as the vegetable.
Of course I forgot my camera on most of the farm tours, but I did capture this sweet little seed starting area in one woman's basement. I was impressed with the number of jars of canned tomatoes! 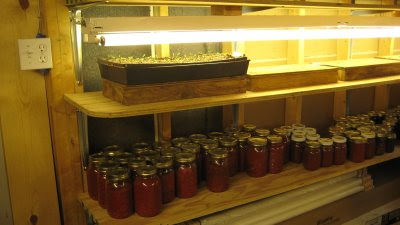 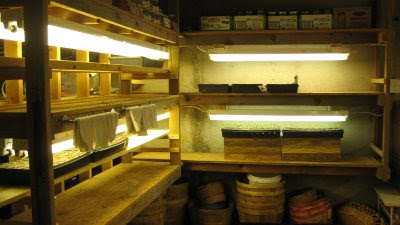 This year's conference was different than the one I went to in 2007, because it had TONS of young people-- young farmers, young gardeners, young activists. I don't know if there are more young people interested in farming now, or if there were more people because it was held in a metropolitan area, but whatever the reason, it was inspiring. If growing food is the thing that invokes passion for me, the thing that gets me going, then I need to pay attention to that. Sometimes I get caught up in the fact that I got my Master's in science and feel like the dye has been cast, that I have to work in a lab or an office and go on to get my Ph. D and do more research.....but I don't! The world needs food, the world needs farmers. It's that incredibly, beautifully simple. Errr, sort of.
Anyway, enough analyzing. The conference was great, I met young farmers, old farmers, middle-aged farmers. All passionate. All doing good, honest work and trying to make a living. It's neat that this meeting coincided with Michelle Obama and 26 5th graders planting a food garden on the White House lawn. There will be kale growing on the white house lawn! Things are changing.
Posted by sk at 9:48 AM 1 comments

a shuttle launch and a rainy morning 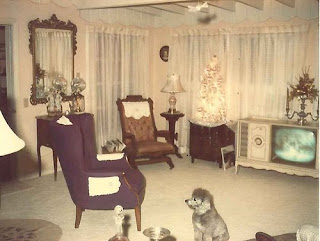 This afternoon it's pouring down rain, and I'm imagining I'm curled up in this room, in my great-grandparent's beach house, watching whatever it was they were watching. (I like to imagine it's Mr. Ed.) The little dog, Fella, was very mean, and I'm not imagining he is curled up with me...instead I have a cup of tea (okay, coffee really, but tea seems much more fitting).

I spent the weekend in central Florida visiting very dear family, and brought back key limes and raw milk from the farmer's market. I sense a pie in my near future. I'm pretty sure I used this recipe last time (or rather the one from her book, which is probably the same), but I'm wondering if I can find a recipe that doesn't use condensed milk.

My mom and I watched the space shuttle launch last night before driving home, and it was well worth the late departure, although kind of nerve-wracking for me. I held my breath. Everything turned out fine and for the rest of the trip I took solace in the fact that, however uncomfortable I was couped up in the passenger seat, at least I wasn't in a space shuttle, hurtling into cold, dark, lonely space. I've realized lately that I am afraid of outer space. When I try to comprehend the size of space, or the meaning, I pretty much feel like my head is going to explode. And that, I tell you, is scary.
Posted by sk at 1:11 PM 0 comments

A few things I've been working on:

Bags, from my favorite pattern in Amy Karol's Bend-the-Rules Sewing: 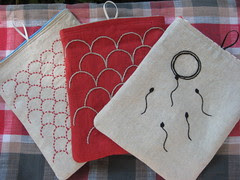 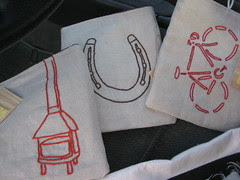 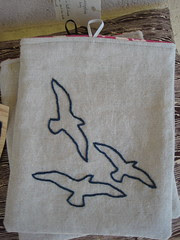 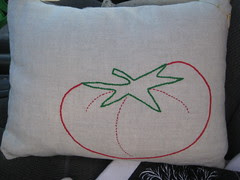 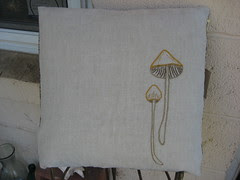 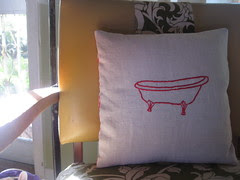 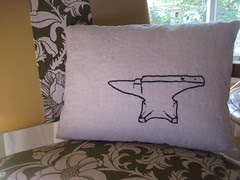 I've been really into embroidery lately, and enjoying the small sounds of needle and thread on linen. It's a great way to unwind in the evenings, after the hustle and bustle of days in the office. I love how embroidery thread turns a nothing-special drawing into something that stands out.
Posted by sk at 11:47 AM 2 comments 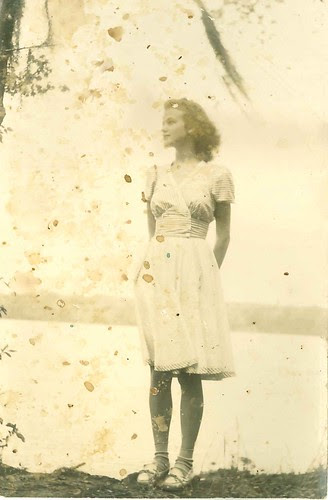 I found this great photo in my granny's attic. Not sure who she is, but I like her style a lot, especially the moccasins and socks combination.
Posted by sk at 10:54 AM 0 comments

here's hoping this will push me to finish that quilt, remember those sewing projects i want to tackle, and take pictures of it all to boot.
Posted by sk at 4:39 PM 0 comments